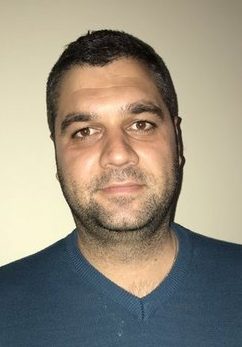 
Traycho Baltov graduated from the Plovdiv University "Paisii Hilendarski" in Bulgaria with a degree in Business economy and soon after that co-founded the local Football Corporate League in 2013.

Having a strong interest in sport and football in particular, Traycho, like his future FCL business partner Evgeni Vatev and many other boys from Plovdiv went through the local football academies. The two friends couldn't get to the professional football and focused on the thing they do better - organizing football competitions.

Traycho is a devoted fan of the yellow-black team of Plovdiv - Botev. When he has an opportunity, he is always at the stadium to support his favorite team. The member of the EFBLU Board of Managers is of the opinion that the English Premier League is the most interesting league in the world. He supports Liverpool FC and his favourite players are Steven Gerrard and Luis Suárez.