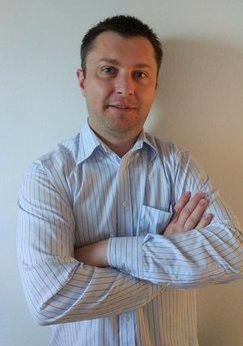 
Dr Pawel Dimow is a half Polish, half Bulgarian passionate football fan who was born in the charming Bulgarian city of Ruse on the Danube River. He graduated from the local English Language School "Geo Milev" before moving to his second homeland Poland and continuing his education at the Cracow University of Economics. Being obsessed with the beautiful game, it was not surprising that he wrote his Master Thesis on the transfer system in European football and his Ph.D. Thesis on the marketing orientation of the major football clubs in Central and Eastern Europe. It is worth mentioning that during his Ph.D. studies, Pawel was awarded the prestigious FIFA's João Havelange Research Scholarship.

Apart from his outstanding theoretical knowledge about the world's most popular game, Pawel has also gained valuable practical experience while working at such organizations as UEFA, EURO 2008 SA, Bulgarian Football Union, Bulgarian Professional Football League, Tottenham Hotspur, Wisła Kraków, CSKA Sofia and Polish Sport Promotion. He was also running his own international football social networking website with more than 1300 officially registered fans from all over the world.

Having a big football heart, Pawel supports the teams of Tottenham Hotspur, CSKA Sofia, Dunav Ruse and Wisła Kraków, while his favourite football memory is the 1994 FIFA World Cup, where his Bulgaria reached the semifinals after a string of magical and unforgettable performances.

The EFBLU President is not only watching football but also playing it with great passion. A natural born striker, he was a member of the UEFA football team and a captain of the team of Amway Business Centre Europe in the Kraków corporate league (Biznes Liga).

Beside being the President of the European Football Business Leagues United, Pawel is also a member of the high IQ society Mensa Poland and the Polish Cultural and Educational Organization "Władysław Warneńczyk" in Bulgaria.